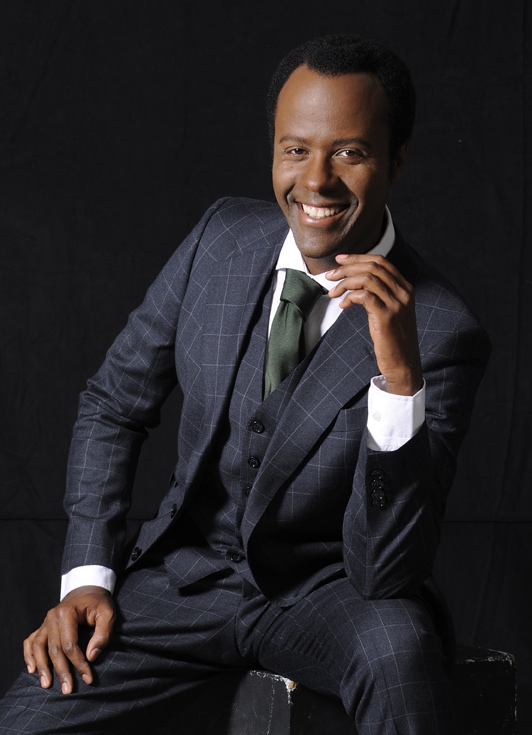 Kenneth Tarver has enjoys an international career as a belcanto specialist. A true tenore di grazie, acknowledged for his beauty of tone, impressively even vocal range and elegant stage presence, he has sung at the world’s most prestigious opera houses and performed the most demanding repertoire to critical acclaim.

KT has been invited to perform with some of the foremost conductors on prestigious concert stages, cultivating an impressive repertoire of both well-known and seldom-performed masterpieces from baroque through the classical, bel canto and contemporary repertoire.

In demand as a recording artist KT has an impressive recording catalogue and he holds two Grammys.

Kenneth Tarver (tenor) – “In many ways the natural successor to George Shirley, Kenneth Tarver possesses a lyric tenor voice of great beauty and extensive range, ideally suited to bel canto.  A versatile performer, Mr. Tarver’s performance of Iopas’s ‘O blonde Cérès’ in Sir Colin Davis’s LSO Live recording of Les Troyens is one of the finest examples of lyric tenor singing on records, crowned with a gorgeous top C that has its appropriate place as the zenith of Berlioz’s musical phrase rather than merely being a display of a singer’s upper register.  Equally impressive in the title role of Opera Rara’s recording of Rossini’s Aureliano in Palmira, as Giacomo in Rossini’s Donna del lago (also on Opera Rara), and as Don Ottavio in René Jacobs’s harmonia mundi recording of Don Giovanni, Mr. Tarver is a dashing presence on stage and on records, his artistry built upon the foundation of an uncommonly sound technique.  American music lovers are indebted to Mr. Tarver for his ideal accounts of Songs by Charles Ives, recorded for NAXOS: even among some of America’s best singers, Mr. Tarver’s work stands out compellingly”.

“As a youngster from Detroit I was always fascinated with creative arts and I was fortunate to have had the support of my family. I saw shows like Annie, A Chorus line, Sweeney Todd, Alvin Ailey, Dance Theater of Harlem and Hamlet. In elementary school at the age of 9, I played the role of the Tin Man in the Wizard of Oz and I recall the horror of having to appear on stage in ballet shoes and tights. I sang solos in the school chorus at the age of 13 and at age 16 I left home as a scholarship winner to attend Interlochen Arts Academy, which is where I began to receive concentrated vocal training.”